PSGL is pleased to announce it will be hosting Brutal Democracy Gaming’s inaugural Trovo F1 Racing Series which is set to get underway on September 30.

Following the success of the PSGL Esports Cup, PSGL, BDG and Trovo have come together to put on a bigger and better event.

Full details can be found on our Discord.

The remaining six spots will be filled by the fastest six teams / organisations through the qualification process.

Two short qualifying sessions where teams field two drivers each and the four times are combined, with the fastest six aggregated times qualifying for the main series.

Dates are subject to change but we’ve ensured there’s no clash with the official F1 Esports Series and tracks chosen aren’t on the same week as PSGL or AOR. 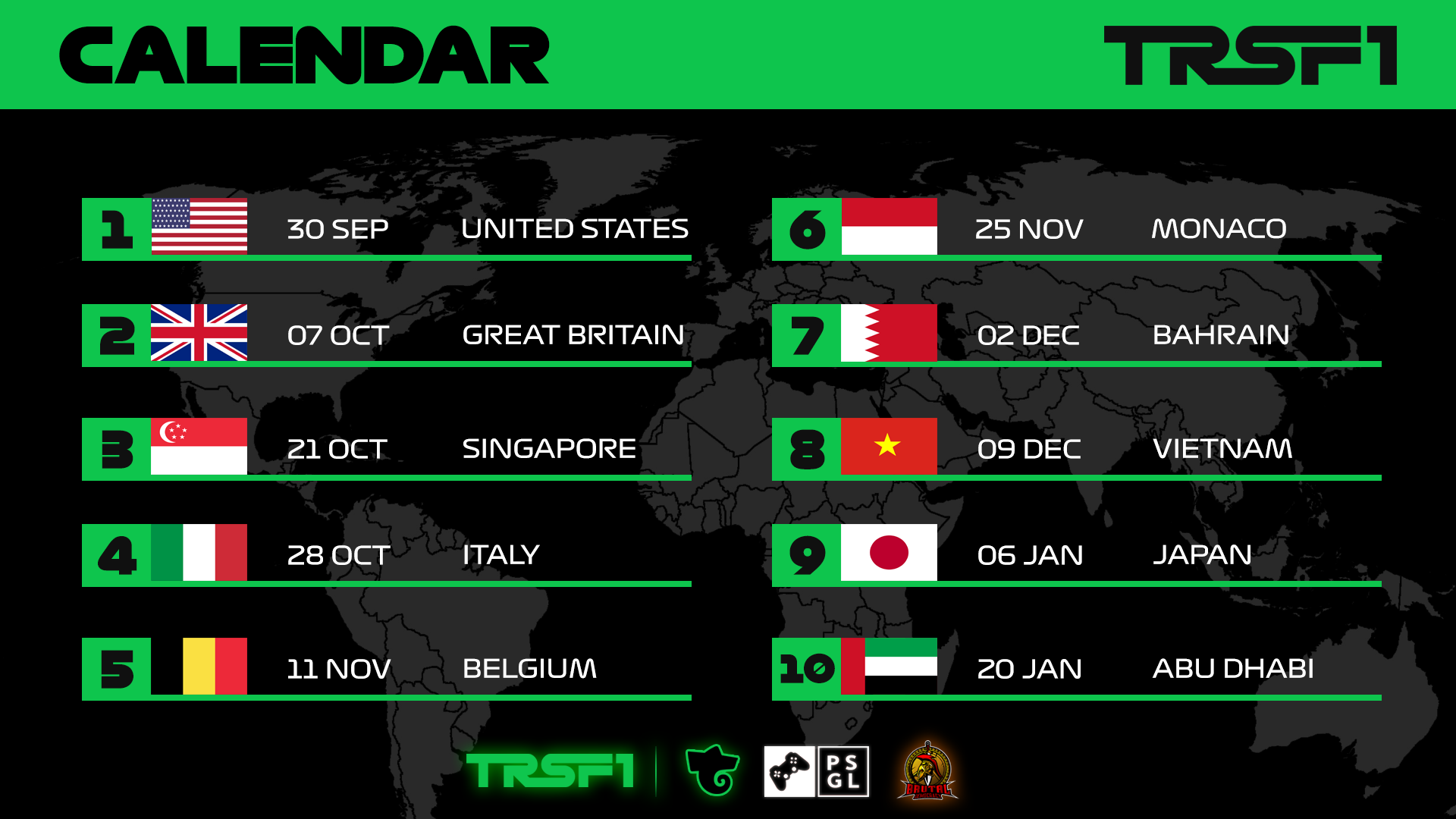 Go to the PSGL discord - https://premiersimgl.com/discord

Once signed up successfully you will be given access to the main TRSF1 section.